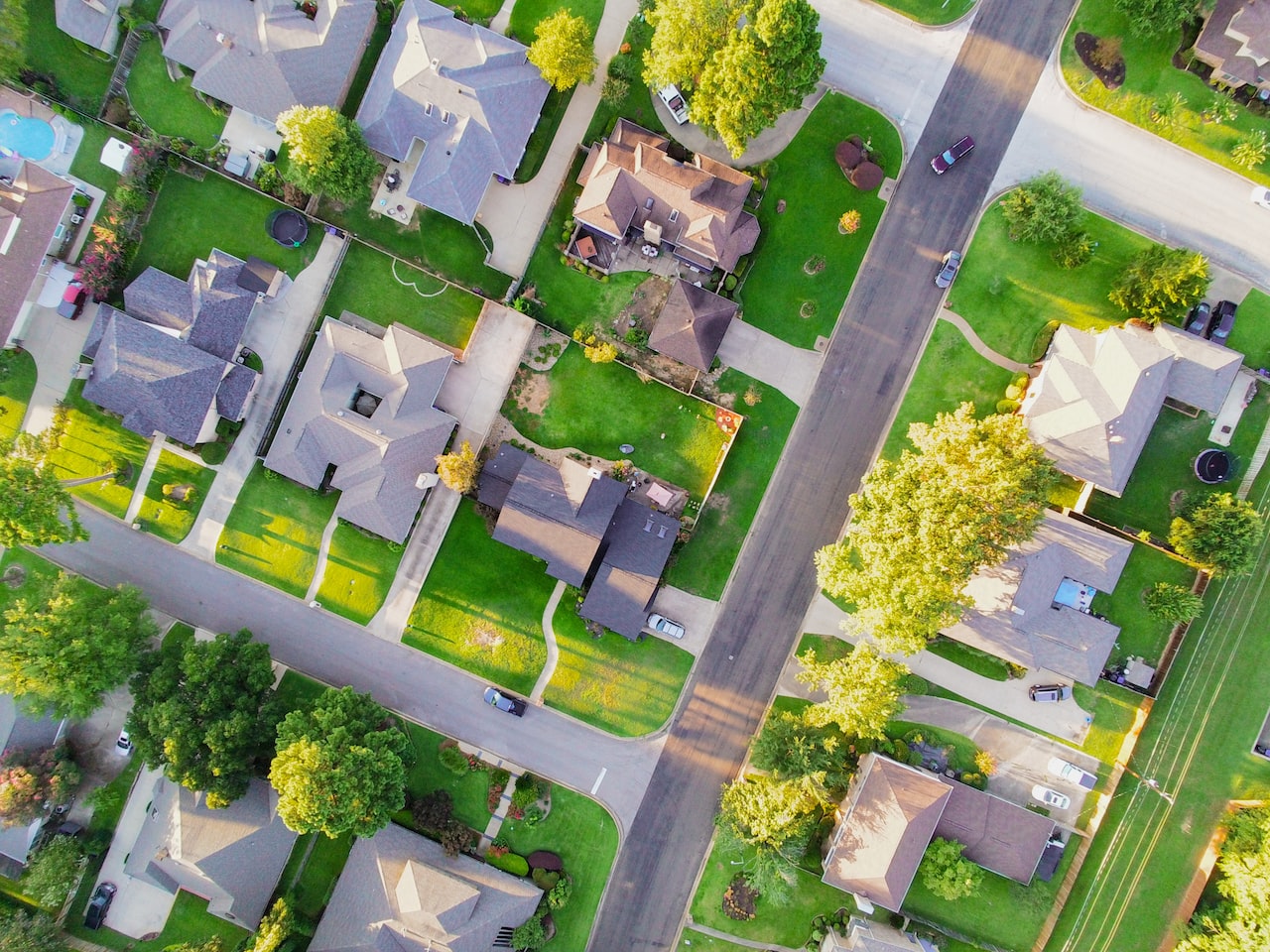 Imagine your long-lost aunt has passed away and left you her collection of art, which includes a never-before-seen Norman Rockwell painting that she mistakenly painted over. Fortunately, the original Rockwell can be restored, but there are some complications.

The government sees the art as worthless in its current state, but if you restore the Rockwell painting, it will be worth $3 million — and subject to taxes of up to 20% of the value. You want to put the art on display for people to enjoy, but you would have to go into debt to pay off the tax bill. So instead of allowing the stunning work of art to be enjoyed, the best option is to stash the piece in the attic, let the underlying value continue to rise, and give it to your kids in the hopes they can foot the tax bill in the future. In the meantime, the government misses out on the revenue, and the world misses out on a beautiful work of art.

Unfortunately, this is how property taxes work in most of America. If you own a plot of land, it can be cheaper and easier for you to let the land sit empty than it is to build an apartment building, an office, or a school on that plot. That's because in most of the country, real estate is taxed based on the market value of the land and the building that sits on it. This means a barren patch of dirt is taxed less than an apartment building — so it can be advantageous from a tax perspective to let the land go undeveloped. This is one reason the US is struggling with a shortage of housing.

Taxes on real estate should promote development, not discourage it. For this to happen, real-estate taxes should be based solely on the value of the underlying land, not the value of the structure that sits on the land. If developed, a parcel of land could be transformed into something incredibly valuable to society — just like how your imaginary painting could be transformed into the masterpiece that lies underneath your aunt's brushstrokes. Moving to a land-value tax can simultaneously incentivize development, encourage a clean-energy transition, and promote racial equity. So what are we waiting for?

How a land-value tax would work

To better grasp the land-value tax, let's go back to that painted-over masterpiece. When you inherited the art from your aunt, the government assessed only the present condition of the work. But what if, instead, the assessors set the value of the painting based on its potential — in this case, how much an art curator would have paid for the Rockwell, minus the costs of restoration. In this scenario, you would face down the nearly $600,000 tax bill regardless of whether you restored the painting, since the government was taxing the potential value. But this can be a win-win: You can sell the painting to a museum, which can better oversee the restoration and eventually display the newly discovered masterpiece, while you walk away with millions of dollars.

For a land-value tax, this means the government would base the amount an owner paid in taxes on how much a buyer would pay for a piece of real estate, minus the value of the property structure. Similar to the painting example, this would incentivize property owners and developers to get the most out of their land — for example, by building multiple units that could house more people, instead of a single gargantuan home.

In Pennsylvania, cities have been able to tax land at a higher rate than property since 1913, but not all cities have chosen to do so. When Allentown, Pennsylvania, moved to a land-value tax in 1996, it taxed land at 5% and property at only 1%. Most Allentown properties saw a tax reduction because of this policy change, and investment in housing accelerated faster than in a nearby town. According to research published in the American Journal of Economics and Sociology, among the 15 cities in Pennsylvania that have implemented a land-value tax, there has been an increase in building permits, an improvement in housing stock, and a reduction in suburban sprawl.

By contrast, in California, property taxes penalize development and undertax land. This means that landowners have little reason to develop lots into desperately needed housing. California built only three housing units per 1,000 residents in 2021. Factors besides taxes discourage housing development, like zoning restrictions and building regulations, but high taxes on land serve as a carrot to homebuilders and a stick to owners of undeveloped land.

In the US, states have the right to determine the parameters of property and land tax. Some states, like West Virginia, would have to amend their constitutions to allow land to be taxed separately from property. But assuming this political hurdle can be overcome, implementing a land tax is straightforward. Property taxes are already determined by government-sanctioned assessors, and it's a common practice for assessors to determine the value of the land separately from the value of the property. For tax purposes, real-estate investors are often asked to declare the value of their property separately from the value of the land. No assessment is ever perfect, but assessing land value shouldn't be any more challenging than the status quo. Nevertheless, safeguards such as independent review by organizations representing disadvantaged groups should be put in place to make sure that assessments are transparent and fair.

The benefits go beyond more building

In the US, because of discrimination past and present, land occupied by Black people is valued less than land occupied by white people. If real-estate taxes were assessed based on land values instead of property values, homeowners in predominantly Black neighborhoods would have a lower tax burden.

If we move to a land-value tax, governments can get creative about how they evaluate a land's value. The environmental value of land could be easily incorporated into a land-value tax. For example, landowners could receive tax breaks for replacing their environmentally unfriendly lawns with carbon-capturing trees or engaging in regenerative agriculture.

Not everyone will be in favor of a land-value tax. For example, the owner of a modest two-bedroom home in San Francisco that she bought for $30,000 in the 1970s may not be able to afford the tax bill on land that's now worth over $1 million. This is why homeowners support Proposition 13, the law that limits property-tax growth in California to only 2% each year, even though land value has increased much faster than that. Between 1980 and 2005, land value in California increased by an average of 13.3% a year. If California taxed that increase in land value, it would have more revenue to invest in housing and other infrastructure so it could meet the needs of its growing population.

Currently, when a neighborhood's land value increases dramatically, it is only renters who are at risk of being displaced because their landlord can choose to increase their rent to the market value. However, under a land-value tax, homeowners may be at risk of being displaced if they can't afford the increase in their tax bill from land values increasing. To lessen the pain of both renters and homeowners grappling with gentrification, we would need to build more affordable housing. The revenue from a land-value tax could be used to build more affordable housing for residents getting priced out. Local governments could also give renters and homeowners tax credits for moving expenses to lessen the pain of moving to a new home.

This land is our land

We denigrate unhoused people for camping out on public lands, but we let it slide that landowners are essentially squatting on public land, too. Landlords don't have a divine right to the land they occupy. The public should have the right to tax the value of the land so its value can benefit everyone, not just the people who got there first. The land in a place like San Francisco is worth so much money only because its residents have built it into one of the most prosperous cities in the world, not because of any individual landowner. According to the philosophy of the American political economist Henry George, a person is entitled only to the value they create — and that does not include the value of land.

I don't expect the entire US tax structure to switch entirely to a land-value tax overnight, but I would like to see the government take incremental steps toward a land-value tax. The next time your local or state government is raising money for affordable housing, schools, infrastructure, or even tax rebates, advocate for them to be funded with a land-value tax.

By: Daryl Fairweather, chief economist of Redfin I Business Insider I August 2022