Amid High Inflation, a Volatile Stock Market and Drums of War, Property Can Be a Safe Place to Invest 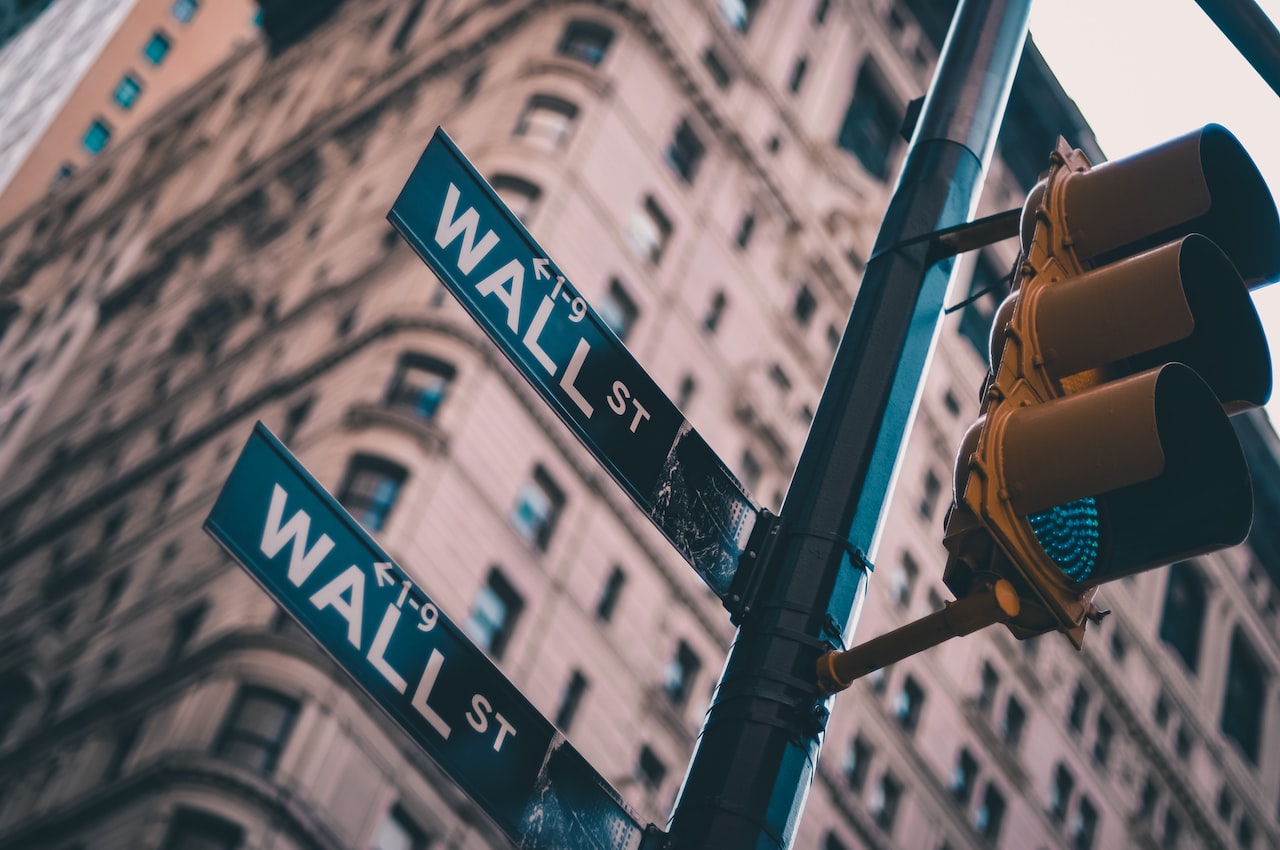 Financial markets have had a wild ride so far in 2022, with dramatic swings in both stocks and cryptocurrency values;  the specter of inflation casting a pall over the broader U.S. economy; and now Russia’s invasion of Ukraine leading to acute geopolitical tension as well as short-term plunges in the stock market. And while investors have always leaned on residential property—particularly in New York City—as a stable cornerstone in any well-balanced portfolio, this volatile moment may be creating a particular incentive for affluent buyers to move more of their holdings into real property.

“It’s a huge topic of conversation among the higher-net-worth buyers we’re working with,” said Josh Doyle, a broker and head of The Doyle Team at Compass in New York City. “Inflation is a major concern.”

Financiers flocking to property in tumultuous times is hardly a brand new phenomenon.

“Real estate has been acting as a substitute for bonds for a really long time,” said Marci Rossell, chief economist of Luxury Portfolio International. “The world is now a place that’s not nearly as safe as we thought it was. So when people perceive the world is getting riskier, they save more, not less, and real estate continues to be the asset of choice to preserve principal and provide appreciation.”

And Thursday’s roller coaster in the stock market underscores the point, with Russia’s invasion of Ukraine sending stocks spiraling in the morning only to snap back following news that the U.S. would double down on sanctions against Moscow. The Dow Jones Industrial Average closed only 0.5%, or 165 points, down after plummeting 700 points earlier in the day. Meanwhile, the S&P 500 reared out of correction territory to turn positive.

Whether a buyer is concerned about global financial risk or basic portfolio diversification, “real estate is something you can live in, it’s bricks and mortar, something you can actually touch and sleep in and rent out should you be an investor,” said Elizabeth Sample, an agent with Sotheby’s International Realty’s East Side Manhattan office. “For any prudent investor it’s good to be diversified.”

Still, this calculus becomes more complicated when buyers are entering the market after close to two years of rabid demand and rapid price increases.

“Certainly given the backdrop of concerns around sustained elevated inflation levels, the natural go-to is real estate or real assets,” said Amanda Agati, chief investment officer of PNC Asset Management Group. “[But] you have to be very careful and look at it on a market-by-market or city-by-city basis, because it’s definitely not a buyer’s market, it’s more of a seller’s market.”

Ms. Agati added, “I think it’s a little bit of a balance. You can be thoughtful and pick your spots carefully.”

Below, we look at which buyers—and in which markets—are best suited for making the move toward more brick and mortar assets.

‘I Can Live in My Hedge’

Part of the reason well-off buyers are eyeing property as a place to park some of their assets: After the last two years, those assets have grown to previously unseen heights. At the same time, the pandemic created a greater sense of importance around homes as a combination haven, school, gym, recreation center and office, a phenomenon that hasn’t gone away even as offices and businesses reopen.

“Especially after Covid, buyers are certainly still looking to buy homes for themselves and recognize it as more of a needed asset. They want larger spaces because people are working from home more, and they’re putting a good amount of equity into that,” said Peter Zaitzeff, an agent with Corcoran in New York City.

“Because of the wealth creation over the last two years, which has been exponential, they have the liquidity to invest in homes, which they see as a really good investment, especially this year,” Mr. Zaitzeff added.

Buyers who have seen sudden spikes in the value of their stock holdings may also want to consider properties as a means of rebalancing their overall portfolios.

“With one buyer I worked with, in the last couple of years by virtue of appreciation of the stock market, he’d become much more heavily invested in stocks and investment assets than real estate,” Mr. Doyle said. “I think there’s much more urgency now on the purchase, and we’ve been talking about inflation and real estate as a very good hedge versus having it in the bank. The way one client put it was, ‘I can live in my hedge.’”

Beyond the realm of traditional wealth accumulation, buyers suddenly flush with enormous cryptocurrency gains are making their presence known in property markets as well, and view real estate as an avenue for transferring their newfound wealth from a highly volatile asset into a highly stable one.

“I’m seeing a massive push from crypto people to actually invest in real assets,” said Steve Halpern, a New York City-based broker with Compass. “I don’t know if it’s because of an overall cycle that has gone up so much over the last couple of years, and now they’re seeing real money and saying, maybe this is not going to happen this way forever.”

For buyers coming from the financial sector, the timing of bonus season (which typically spans from the end of one fiscal year into the first few months of the next one) is always a significant factor in property purchases, as re-investing bonus money into real estate within the calendar year is a common way to maximize tax advantages. With Wall Street bonuses hitting increasing highs, the incentive for buyers to reinvest those earnings in property is only likely to increase.

“Finance is competing for talent with the tech industry,” Ms. Rossell said. “One of the reasons why we’ve seen such a record bonus season is not just that they’re making money, they have to figure out a way to keep these people. I don’t think this is just a one-year phenomenon.”

With one particular New York buyer who closed in December, “it was a push to get it done because she was bankrolling that purchase with her 2020 bonus, which was paid in 2021, so the deal had to close in 2021,” said Tara Steppacher, an agent with Sotheby’s International Realty’s Downtown Manhattan office. “Wall Street bonus season in Manhattan goes through March, and I think we can expect to see a peak of the listing wave in April, as sellers are being instructed by agents who are familiar with the bonus cycle, as well. People are going to continue to get paid, Omicron has continued to ease, more sellers are open to allowing buyers into their properties.”

While investment-minded buyers are snapping up properties across the country (and Ms. Agati noted that recent growth trends in areas like Florida, Texas, and the broader Sun Belt region are expected to continue), New York City continues to have an evergreen appeal as both a desirable market and a reliable growth asset.

Coming out of the depths of the pandemic, the city also has a particular and time-sensitive advantage: Real estate prices haven’t skyrocketed to the same degree seen in most other cities across the country, making one of the world’s most expensive cities a comparative bargain for buyers with wealth to spread around.

“People have a lot of money now, and prices [in New York] have not gone up to the peak levels they were at in 2015, whereas in other areas of the country they’re so high,” said Kimberly Jay, an agent with Compass in New York. “There’s still value here even though we had a historic year last year. We just came back to normalcy in terms of pricing.”

This dynamic can present a particularly appealing option for sellers looking to trade up after netting record-breaking bids in other parts of the country.

“I find a lot of people are coming from other places because the real estate market is so strong that they maybe got a [high sales] number on their home,” Mr. Halpern said. “I have a family in the financial sector who sold their house in Oakland [California] for 25% above what they expected, and are now saying they have an opportunity to move back to New York and compete.”

With a citywide inventory crunch, the window of opportunity for luxury buyers hoping to bargain hunt in the city may be closing quickly.

“Something I’ve been saying to people is you should be buying Manhattan real estate like it’s blazers at a sample sale,” Ms. Steppacher said. “I recently worked on a purchase for a buyer who closed on a West Village apartment for $1.56 million at the end of last year. She could put that place on the market now and ask $2 million, that’s how low the inventory is, and right now the demand is even higher than it was in the fall.”

Most high-end buyers also understand New York real estate to be a stable long-term investment play. “I like to say that Manhattan is the mattress that the world stuffs its money into,” Mr. Totaro said. “Asset diversity is one way to hedge risk, and proven real estate markets like Manhattan offer stability based on historic performance.”

Mr. Zaitzeff added, “High-equity wealthy people have done this for a long time. You can leverage real estate in a way that you can’t really leverage equities, and at 2% interest, it’s basically free money for these guys.”

By: Virginia K. Smith I  Mansion Global I February 2022